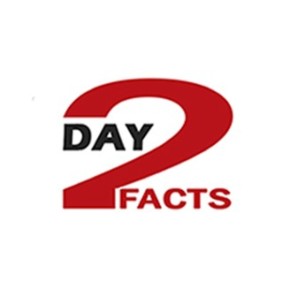 Patrick Wilson is an American actor, director, and singer who started his career in 1995 as an artist in Broadway musicals. Since then, his career as an actor was a highly appreciated. He has won the Tony award two times and he has been nominated for both Golden Globe Award and Primetime Emmy Award a few times.

He later starred in the highly successful film, “The Conjuring”, and its subsequent sequels. As a result of his success in the horror genre, Patrick has become known as a ‘scream king’ and continues to take on new and challenging roles in both television and film. One of Patrick’s most memorable characters is the demonologist: ‘Ed Warren’ in the Conjuring film universe. In his long carrier, he has contributed to more than 50 filmographies. Let’s find out what are the top 10 Movies Starring Patrick Wilson.

Insidious is a supernatural, horror, thriller movie directed by James Wan and written by Leigh Whannell in 2010. It stars Patrick Wilson (as Josh Lambert), Rose Byrne, Barbara Hershey, and Ty Simpkins. The story concerns a family who moves into a new home and becomes involved in a supernatural activity. Also, the Lambert family has learned a dark hidden ability that Josh and his son have inherited.

Since the first movie in 2010, there are few sequels have made under the Insidious name.

The Conjuring is a horror, thriller and supernatural movie directed by James Wan and written by Carey Hayes, Chad Hayes, and David Leslie Johnson in 2013. The film stars Patrick Wilson (As Ed Warren), Vera Farmiga, Lili Taylor, Ron Livingston, Tony Amendola, and Joey King. It is the first installment in The Conjuring franchise.

The film is based on the case files of real-life demonic investigators Ed and Lorraine Warren. If you are a horror movie fan this is a must-watch movie.

The Phantom of the Opera is a 2004 musical drama film directed by Joel Schumacher and written by Lloyd Webber, who also composed the music for the film. The Phantom of the Opera stars Gerard Butler, Miranda Richardson, Patrick Wilson, and Minnie Driver. The plot follows the twenty-year-long love triangle between a soprano, her love interest, and a disfigured man who haunts the opera house where she performs.

This is a great movie for all ages, and it is very exciting. The story is about a masked man who lives in the opera house and terrorizes everyone who works there. He falls in love with Christine, an opera singer, and tries to help her become a star.

Released in 2009, Watchmen is a superhero movie based on the graphic novel of the same name by Alan Moore and Dave Gibbons. The film tells the story of a group of costumed vigilantes who come out of retirement to fight crime and save the world.

Hard Candy is a movie directed by David Slade and stars Elliot Page (as Hayley Stark) and Patrick Wilson (as Jeff Kohlver). In the film “Hard Candy” we are taken on a journey with Hayley, a 14-year-old girl who is out to take down a 32-year-old man (Jeff) that is suspected as a sex predator. What starts as an innocent chat room meeting soon turns into something more sinister. This film is interesting because it brings to light the dangers that lurk in the internet age where predators can easily pose as someone, they’re not in order to lure unsuspecting children.

Morning Glory is a comedy about a young woman who is trying to make it in the competitive world of morning news. She is hired as the executive producer of the morning show at a struggling network and must work with the talent and staff to get the show back on track. The movie was released in 2010 and stars Rachel McAdams, Harrison Ford, Patrick Wilson, and Diane Keaton.

Little Children, a 2006 drama film directed by Todd Field, tells the story of two neighbors, who become involved in an extramarital affair. Kate Winslet stars as Sarah Pierce, a stay-at-home mother married to Richard (played by Patrick Wilson), and Jennifer Connelly plays Kathy Adamson, a working mother married to Brad (Gregg Edelman). The film explores the emotional dynamics of the affair and its aftermath.

“Midway” is a 2019 war film directed by Roland Emmerich and written by Wes Tooke. It stars Ed Skrein, Patrick Wilson, Luke Evans, Woody Harrelson, Mandy Moore, and Nick Jonas. The film is based on the Battle of Midway which took place in World War II in 1942.

Battle of Midway is a story of a devastating defeat for the Imperial Japanese Navy during World War II. The film seeks to humanize both American and Japanese combatants, painting a more complete picture of the battle.

The Commuter is a 2018 action thriller film directed by Jaume Collet-Serra and written by Byron Willinger, Philip de Blasi, and Ryan Engle. It stars Liam Neeson, Vera Farmiga, Patrick Wilson, Jonathan Banks, and Sam Neill. The plot follows an insurance salesman who is forced to uncover the identity of a mystery passenger on his daily train ride home.

The film follows the story of Sam Ellis, a federal prosecutor with a perfect track record who is suddenly faced with his first major case. His world is turned upside-down when he’s confronted with the reality of his own demons and must navigate the perilous waters of political corruption and sexual obsession.

If you enjoyed this article, please leave your valuable feedback and consider sharing this article with your friends.

No votes so far! Be the first to rate this post.

Omicron Virus: Is it the most vicious Covid Variant?

These creators will give your pets a royal look

The Man With The Raised Hand

Casu Marzu Cheese: The most dangerous cheese in the world

Top 10 tv series of all time

The Richest Family in The World – The Rothschilds

Top 10 Alien Movies of All Time

Do not waste Food: Before wasting food, think about this

Top 10 movies of all time